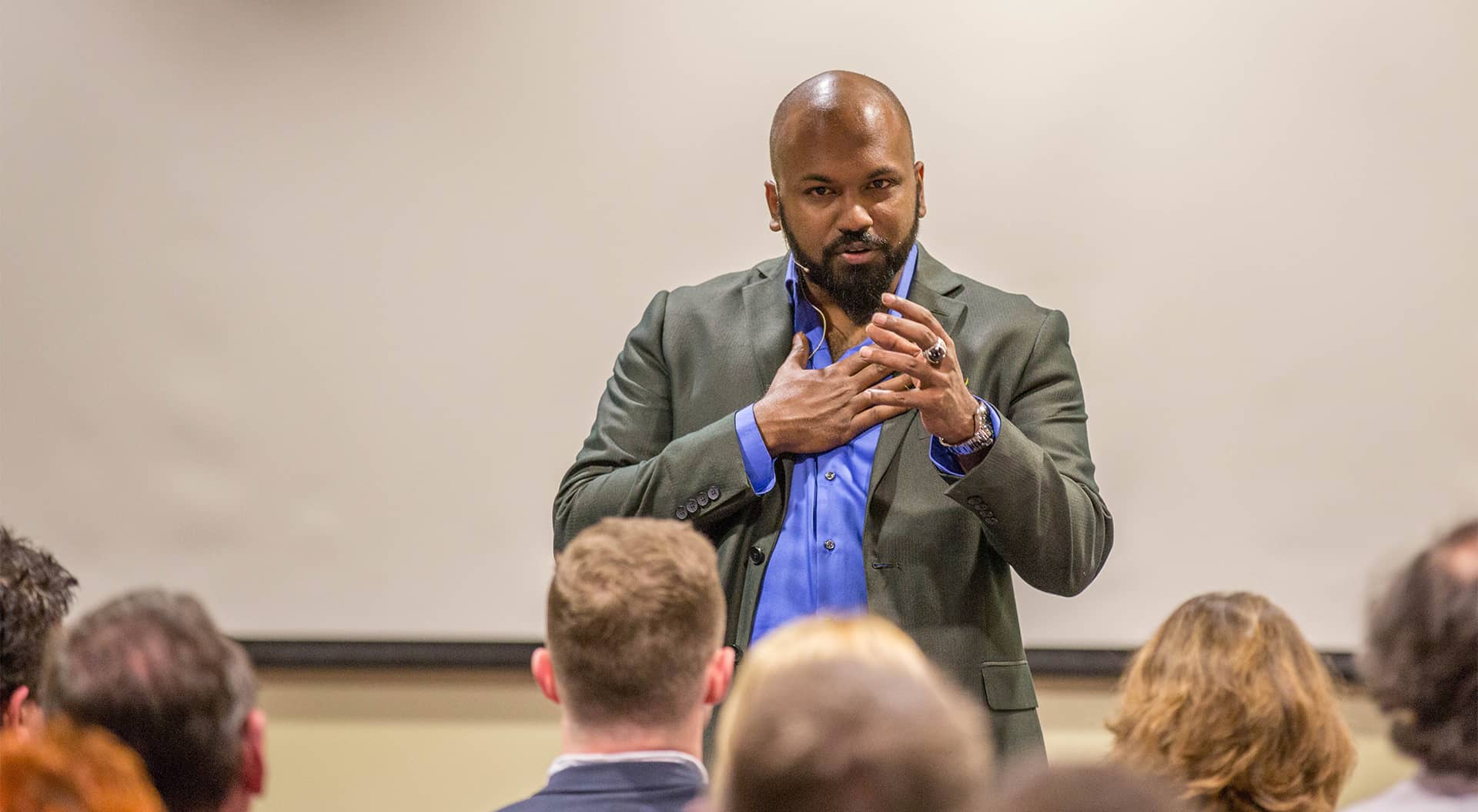 Here we looked at what are the 8 elements that made him tick:

1) Theatrical attention-grabbing opener with analogy.
Dananjaya’s opening style was an attention grabber and theatrical.  He took time to take the flower out of his left pocket (in theatre, this is called ‘moments’) and used it as an analogy in his speech. He even addressed the audience as “flower” because of the positiveness of it.  That immediately made the audience as part of his presentation.

Interestingly, he didn’t use this method at the beginning of his speech (like some other speakers would) to grab attention.  This is a mark of a confidence speaker.

3) Using parents as an emotional connection.
Everyone has parents.  By using his parents’ attributes (his emotional mama and cool dad) as anchor points to start his story, he gets the audience to relate with him easily.  That again is a good connection.

4) Comic Timing for humour.
He didn’t use slapstick humour to get attention or audience to laugh.  He uses effective gestures and comic timing to illustrate “… when putting everything together, you’ll get my mama (or my dad)”. The audience laughed at that gesture (which he did twice) and during that moment when the audience laughed, he paused and let the audience enjoy the laughter.  I would call it a “sin” if you continue your story when your audience is laughing.

7) Using Repetition and punch lines.
“I see something in you, but I don’t know what it is”:  he used it three times as part of his storytelling… That’s repetition…a very good tool to get messages anchored in the audience’s mind.  He also used it as punchlines to good effect to get good laughs.

8) Closing the speech.
Towards the ending part of his presentation, he went back to the “flower”.  It was a good link and recollection as to where he started off and talked about the flower again.  And he ended it with his punchline, “When I look at you, I see something in you” which by then, the sentence had already embedded in the minds of the audience and got the audience in stitches again.  He ended the show by portraying a “Star” calibre by throwing the flower into the audience.  He won the audience (and the judges)!

In conclusion, these are 8 elements that were presented in Dananjaya Hettiarachchi’s speech that made him a winner: Good Script + Good Delivery + Theatrical elements = World Champion!